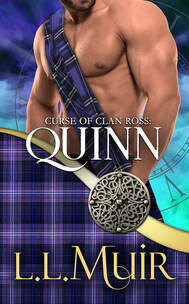 She’ll let nothing stop her...

Juliet Bell has a hit man, the FBI, a long-lost sister, and a handful of handsome Highlanders hunting her through time. But she’s not going back until she gets what’s hers. And her hunters won’t go back either—not without Juliet.

Quinn Ross' timing stinks. He’s all set up to play the martyr, which would have been fine with him a year before, but 15th century Scotland has revived his survival instincts and he’s decided he wants to live after all. And if he can't convince one of his enemies that he can control the future, he's dead.

An enemy they never saw coming...

The two are thrown together, whether by the hands of Fate or a pair of clever witches, and they find love lends a much nobler purpose to their impossible quests. But they’ll have to maneuver around a centuries-old curse and a villain with a higher purpose of his own, or everything they want will be out of their hands forever.
Amazon 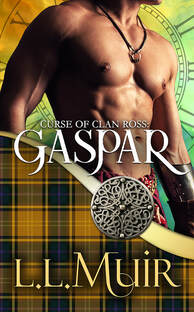 If burying her alive didn’t bring her to her senses, what will?

Isobelle’s soft heart for star-crossed lovers has delivered her to the shores of Venice, and to the attention of God’s Dragon, a man whose responsibilities include trying witches. Her Highlander guardian has his eye on the New World, but if he doesn’t stay close, Isobelle will end up in the dragon’s fire.

Temptation hasn’t been a problem for Gaspar in years, but when a fiery Scotswoman bursts into his territory spouting words of witchcraft, what tempts him most is to put a great distance between them. But the beauty is a danger to herself, and who better to eliminate that danger, than God’s Dragon?

It will be a simple thing, surely, to keep her from reaching beneath his armor… 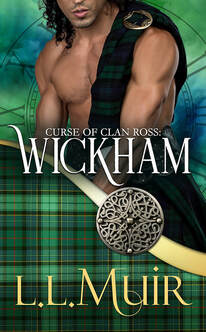 I was asked which of my novels was closest to my heart, so I'll post it here.
I'd have to admit, though, that the story was closer to my soul than my heart. At least I felt like little pieces of my inner self were being torn away as I wrote it, and when I was finished, I felt like my soul was frayed around the edges like an old pair of jean shorts.
Of course I'm talking about "What About Wickham."
...and all the frayed parts still haven't healed...


WHAT ABOUT WICKHAM?
I could tell you a sweet little story about how Ivy and Wickham met and fell in love. But I thought you might like to know...what really happened.

Someone wicked this way comes... 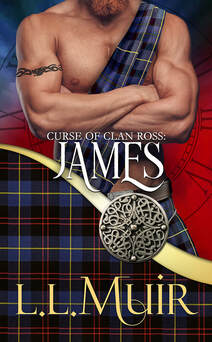 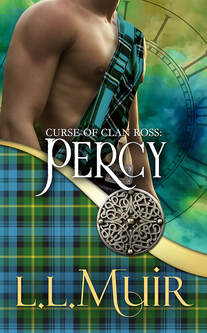 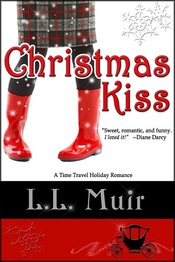 Christmas Kiss is a time travel romance that is not part of the ROMEO and JULIET series, but you'll find references to a Muir Witch in all my time travels.
Proudly powered by Weebly