TWO THINGS ABOUT THE MUIRS...and so on, and so on. 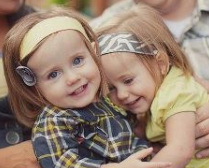 Two things make a Muir dangerous...
1. The worst gift for Fate to bestow upon a trouble-making lot like the Muir clan, is to give them a bit of power--magical powers, some say. The Muirs? They call it The Responsibility.
2. The first gift wouldna be so terrible, but the Muirs are often gifted with twins, and when twins are born among this lot, The Responsibility is multiplied by more than just two.

Two things make the Muirs wish they weren't Muirs:
1. Chances are, they've had so many responsible ancestors they spend all their days trying to undo some rather irresponsible actions.
2. Chances are...their offspring will come in pairs--something for which no sane mother would wish, and every Muir mother dreads.

(You'll find out why in Wickham and Ivy's story.)
Proudly powered by Weebly